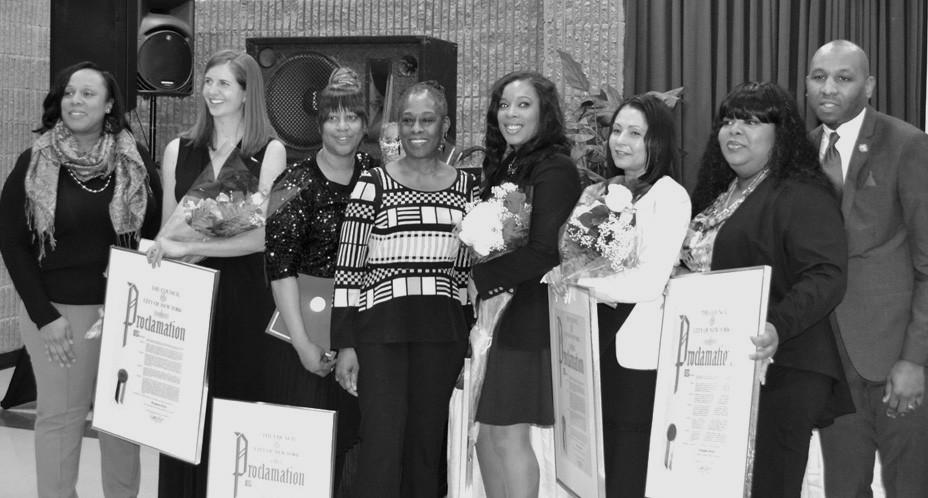 This tribute was Richards’ way to “celebrate extraordinary women whose commitments make a difference in our lives. “The work of these dedicated women is crucial now more than ever to inspire our communities and the generations to come,” said Richards.

Honoree Bernadette “Bernie” Brown is the only female little league coach in Queens. Eighteen Rosedale men unanimously voted for her to coach the team 15 years ago and she remains at the helm “because I’m good or maybe they don’t want to do the work” she quipped. “I do it because it needs to be done.”

Honoree Nancy Martinez, owner of the New York Career Training School located at 1023 Beach 20th St. in Downtown Far Rockaway, brought tears to many eyes with the story of her immigration from the Dominican Republic.

After 10 years in health care, her goal was to form a business to help people access a career, not just a job. Her New York Career Training School classes are taught in three languages; English, Spanish and Mandarin and has graduated 10,959 students with a 98 percent employment rate.

Honoree Meaghan Holly, who began Rockaway Rising with Heather Brown to stop the ever-increasing drop-out rate in Far Rockaway schools, stays committed to her students and the fight against absenteeism – extending her involvement as far as personally driving them to school each day.

Honoree Donna Santana, serves the needs of children who enter her school, PS 52, from the homeless shelter system. After providing basic needs like food, clothing and toiletries, she trains them in robotics. Children in grades kindergarten through five are learning to build robots under her tutelage.

Honoree Shakira Smalls, of the Queens Teen Library in Downtown Far Rockaway is an advocate and a trailblazer for the community’s youth. More than 1,500 young people have received the skills and job training needed to obtain their various certifications and licenses. She was also honored for her work with young people returning from prison. ‘They trust in her and are willing to work with her.’New York City’s First Lady Chirlane McCray gave the keynote address and encouraged attendees to utilize the services of THRIVENYC, a comprehensive mental health outreach network, if they or a family member is facing the pain of depression, anxiety or addiction.

“I was delighted to join Councilmember Donovan Richards and so many residents of Southeast Queens to celebrate Women’s History Month,” said McCray. “Congratulations to the honorees and all the dynamic women leaders who refuse to stay silent, stay back, and will not be talked out of their power by anyone.”

Public Advocate Letitia James, who gave an inspirational speech about the power of women at the luncheon, complimented Richards on his tenacity to fight for his district. “He refuses to leave a NYC Budget meeting until all his needs are met.” 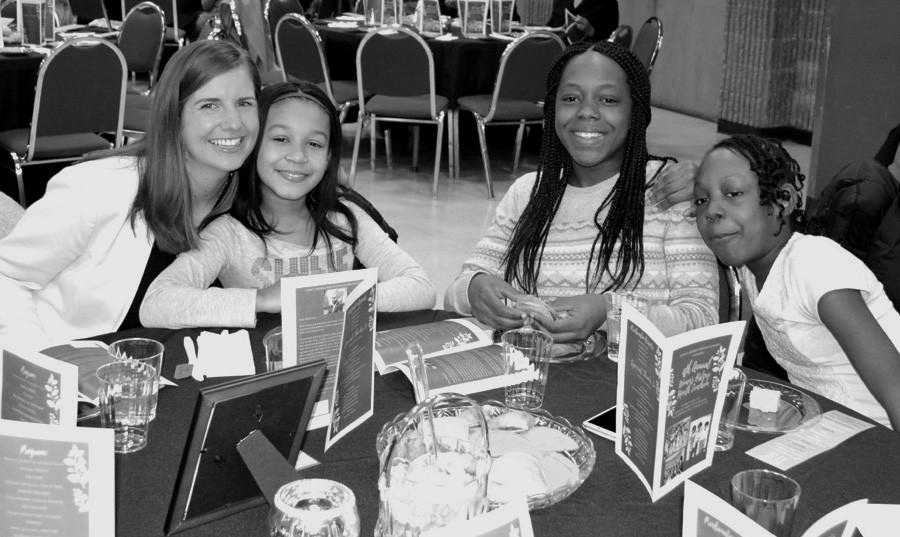