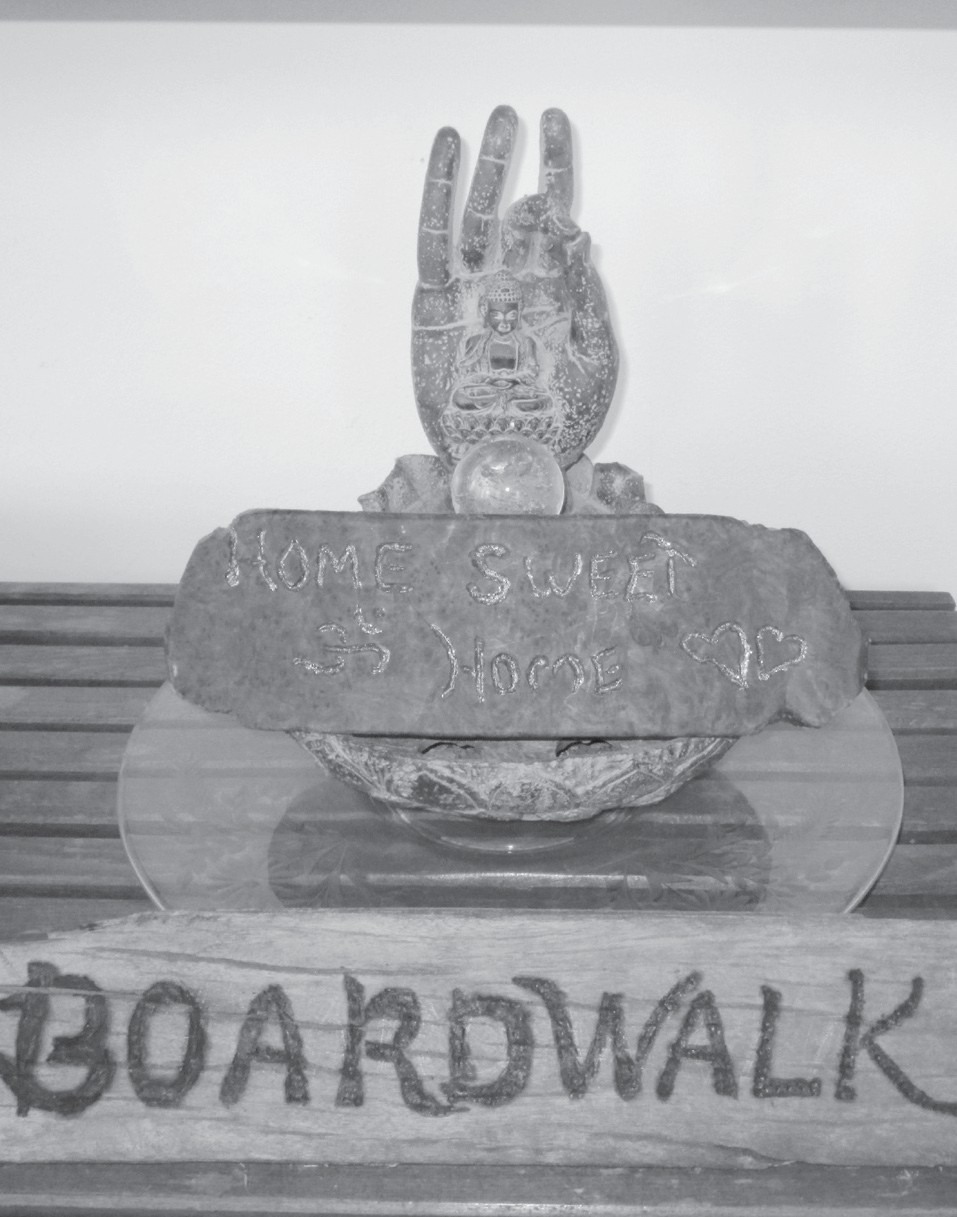 The following Story From Sandy is excerpted from the Facebook journal of Vicky Sabato. It is presented as written.

i am sooo sick of this hurricane already. 16.. count em .. 16 phone calls from panic driven people. i’m hunkered down. the outdoor furniture is in the garage. i have.. water, flashlights, batteries, coffee (the most important), gas in the car, what more do you want from me people?.. last hurricane i went to long island.. had no power. my neighbor went to new jersey.. had no power. another neighbor went to pennsylvania.. had no power. give me a break. it’s an “act of god” peoples.. quit nagging me. if you can’t reach me later, i’ll probably be partying at my neighbor’s house. sheesh!!!

still have electricity.. however the water is coming down the block. from what i hear my friend in the house facing the beach has a beach wall.. and it just broke.

F.Y.I . I made it through the storm. You can’t reach me yet but I finally evacuated. I’m in Amityville. Oh, I also can’t call anyone because I’m an idiot and can’t charge my cell phone. Car was underwater so is the basement. There was an 8 foot storm surge. I’m ok and will get in touch when back to normal. (This post was dictated to my cousin to write for you.)

because I realize with hindsight that I never did actually tell about the storm from my perspective.

I decided to sleep on the living room couch so I wouldn’t miss anything. A few times I opened the front door to see what was doing. As mentioned somewhere else, I saw the water as it first came down the block. My disappointment after all the hype was huge. It was just dirty foam. It didn’t even go over the curb, at least not at first. The next time I opened the door the water was much more impressive.. it had reached over the curb and was kind of up to my garden barrier. Good enough, I thought.. it’s time to go to bed.. it was 6ish.

Quite a bit of time passed , so it is time to look out the door again.

I called someone to describe what I was seeing and while I’m on the phone I notice that my map light is on in the car. I turn around to move the dog away from the door. When I turn to look at the car again, I realize that I now have to lean over to see the light. (I think to myself, what’s wrong with this picture?) WTF? Is my car moving, I ask? I move the dog away from the door again, and take a good look. My car is GONE! It floated down the driveway.

ok.. it is starting to hit me. i am the type that thrives on stress.. haha.. my thriving is over. so with an unstable address because i have lived in three different houses since the storm, and haven’t watched tv since before the storm, and until today have had almost zero phone reception because the substations in rockaway are not working (never heard of a substation before). what no one realizes is that we HAVE NO WAY TO COMMUNICATE, OR TO ASK FOR HELP.. then add an extra 100 pounds which make the mandatory ten block walk for help.. oh what’s the use.. i give up. the other problem is that UNLESS WE ARE AT OUR HOUSES ALL THE HELP THAT IS BEING GIVEN IS MISSED. so what is the choice? stay in our homes and freeze to death, or leave, be warm and wait for someone else to take care of our houses?? i am so confused it is beyond words. while people are being helpful.. and they are.. i fear looting. i still have a house. my friend has a shell. she has a one story bungalow in far rockaway. so far as i know she evacuated through chest high water. her house insurance claims that if her structure is still standing that she is not covered. she lost everything. fema told her that she is not eligible. frankly, i am sure she is eligible for help, but i’m guessing that because she is in shock she is mis-interpreting the information being given to her. i’ve been staying a few days in amityville where my cousin roxanne has a generator.. but i was only there in my physical form.. my mind and heart were on my block in rockaway, where my wonderful neighbors were helping each other out. one neighbor pumped out my basement.. by the way when i said i had 3 1/2 feet of water, i mean that was where it leveled out. it actually came up to a step and a half from my kitchen. the basement ceiling was wet or damp.. i’m not sure. anyhow i say this because when he pumped the water out it only went down to one foot or so.. because the water table had not gone down yet. i cooked a lot of food.. you know.. defrost refigeratoritis.. i go into the street with some panko fried chicken tenders and some napkins.. guys are shoveling sand and pumping water.. and talking and who all knows what else.. all i know is everyone smiles at everyone else.. they shovel.. are you hungry, do you want some chicken, it’s hot. here.. take a napkin. next morning while i walk to check out the beach (that’s what beach people do.. we “check out the beach,”) my neighbor calls to me from her front porch.. would i like some french toast. she has cinnamon raison and whole wheat. i’m not hungry, but later after i’ve returned from the beach she delivers some personally to me and whoever had come in the house.

People.. the best of human spirit. four firemen walk down the block. their assignment is to sniff out and find leaking gas fumes. a couple of cops come by and are smiling and cheerful. everyone seems glad to see them. i offer them hot sausage.. (cause i’m cooking from the defrosting freezer.) someone official knocks on the door to ask if everyone is accounted for. i tell him yes and he goes on to the next house.

hi everyone.. i’m living in a war zone.. and am too stupid to leave.. i haven’t watched tv since before the storm. the community is unbelievably supportive. they are pouring in from all over to help us out. lot of lot of lot of love.. i have been moving from house to house to house and now to house. so my whereabouts varies.. as well as my comfort zone. right now i am in a place with all the luxuries we take for granted.. sigh.. heat.. a wonderful thing.. and oh yes, my old friends electricity and internet.. my cup runneth over. gonna try to shop for a car today.. November 14, 2012 at 4:17pm we had a large group of hot guys walking down the block yesterday from a volunteer group called Rubicon.. no idea who they were.. but oh man, they took my breath away.. i only say this cause you mentioned hot n sexy men. lol

on the 27th That night, I walked into the living room in the middle of the night and found a cat strolling through the room. Time to board up those windows and door. Anyhow, I found myself acting like those people you see on tv freaking out.. I poured out all my problems in tears.. (and this is all true) I’ve been shot at; had a thrown knife brush past my arm; was rescued from a sinking boat by the coast guard; this is my second flood; was in a train derailment; bus accident; did a 180 by myself on an icy highway; had a knife rack of BIG knives fall and bounce all around me. Should I go on? Because if I think hard enough there will be more.. oh yeah, 50 miles from 3 mile island, and I’ll spare you the rattlesnake story. Anyhow my point is that I was crying and having this huge tantrum because of a cat. A Cat!! A cat brought me to my knees.

i’m proud to say i initiated steps for group meetings for sandy victims suffering from pstd. two meetings will be starting next week. mon 7 pm at st. francis desales (room to be announced). and weds 3 pm at st francis “tent”. i’ll be at the wednesday meeting.. as a participant. i am stressed in reverse. i was fine during the event. it is now that i find myself breaking down into tears for no reason, and forget about my decision making or coping skills. but i am really proud of my self. i needed someone to talk to.. so i organized the two groups this morning. kind of a spontaneous “happening” (in case anyone remembers what that means).

Post Sandy Stress … Funny Story. So after being an evacuee for a month i finally return home. I make an appointment with Verizon to restore tv, phone & internet. i will admit i was a nag. i was told the guy was coming sometime after 8 AM.. and he eventually turned up around 6:30 ish. i was scheduled to be his second appointment. my nerves were shot so i kept calling to ask when he was coming.. i’m told “after 3”. ok, i should be able to deal with that, but with all the sanitation trucks running nonstop all night long i’m picturing the worst.. so i say something like “if he turns up here real late, i’m gonna greet him at the door with an axe. (because i couldn’t remember the word machete.) ok.. the guy comes.. does a great job.. he was wonderful and i have no complaints. 4 days later i get a call from someone who sounds like Joe Friday from Dragnet (for you youngins.. that would be like someone from CIS.) very seriously he asks me about my threat and explains about how he’s calling because Verizon has to look out for their employees and doesn’t want them greeted at the door with an Axe. i’m paraphrasing.. i don’t really know what he said, or what i said (but i’m sure it is safely recorded somewhere).. finally, i promised that i would never say anything like that again.. but here’s the funny part… they sent the guy anyway. so how much did they really care about their employee? i hope you think this is funny as i do..

11 ft wave?? i can’t believe i slept thru 9 feet of it… You can follow Vicky Sabato’s continuing story and read additional excerpts on Facebook.