The teacher is accused of throwing a book at a nine-year-old student. 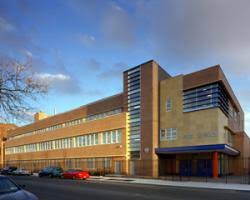 A P.S 253 teacher was arrested on Monday, March 25, after allegedly throwing a book at a nine-year-old pupil back in January.

Loretta Myers, 48, a teacher at the Central Avenue school in Far Rockaway, is now facing a number of charges after she reportedly hurled a book at the child’s face on Thursday, Jan. 31 at around 9 a.m.

The charges levelled against the elementary school teacher include felony assault, reckless endangerment of a child, criminal possession of a weapon, and harassment, the Deputy Commissioner, Public Information (DCPI) told The Wave.

Myers was arrested at around 12.30 p.m. yesterday. The arrest followed an initial mediation with Myers, a Science Instructor at the school, before the child’s parents decided to press charges. The student’s mother filed a report against Myers on March 25, who was subsequently arrested at 1307 Central Ave. in Far Rockaway.

“This is a deeply troubling allegation,” NYC Department of Education representative Doug Cohen told The Wave on Tuesday afternoon. “Ms. Myers was immediately reassigned pending the outcome of this criminal matter.”

Myers was “reassigned” after the arrest on Monday afternoon.

According to a DCPI spokesperson and the complaint filed, Myers became increasingly frustrated during science class because the victim was not paying attention.

“While they were in class, the defendant threw the victim’s book into a garbage can,” DCPI said. “The victim then took the suspect’s notebook and threw it in the garbage but missed the garbage and struck the suspect in the leg.”

Myers then threw the notebook back at the child, hitting him in the face. P.S. 253 declined to comment on the situation on Tuesday, March 26.