Participatory Budgeting Is Back For 2017 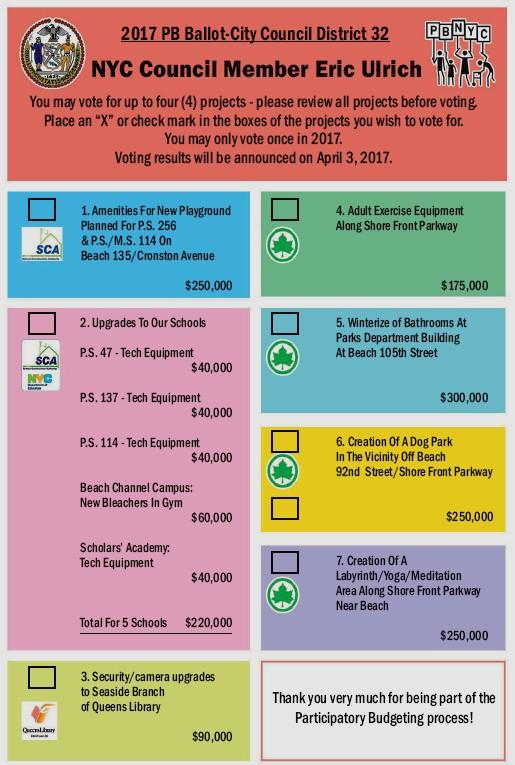 For the sixth consecutive year, New York City Councilman Eric Ulrich is taking part in the Participatory Budgeting (PB) process, giving control of discretionary funding to his constituents to decide where their tax money should be spent.

There are 11 proposed projects on this year’s ballot, as decided upon by community volunteers at meetings over the course of the last four months.

There are five projects proposed for local public schools, including money for technology upgrades and the replacement of bleachers in the main gymnasium at the Beach Channel campus. Other proposals include the winterization of bathrooms at the Parks Department facility at Beach 105th Street, funding for a new dog park, creation of a public yoga/meditation/ labyrinth area and more!

Rockaway residents will begin voting this week, choosing four of the seven proposals (all five school projects are bundled together). The projects with the most votes up to $1 million will be included in this year’s city budget. Voting continues through Monday, April 3.

This year, Broad Channel will have its own independent PB process, but the ballot for Rockaway is here.