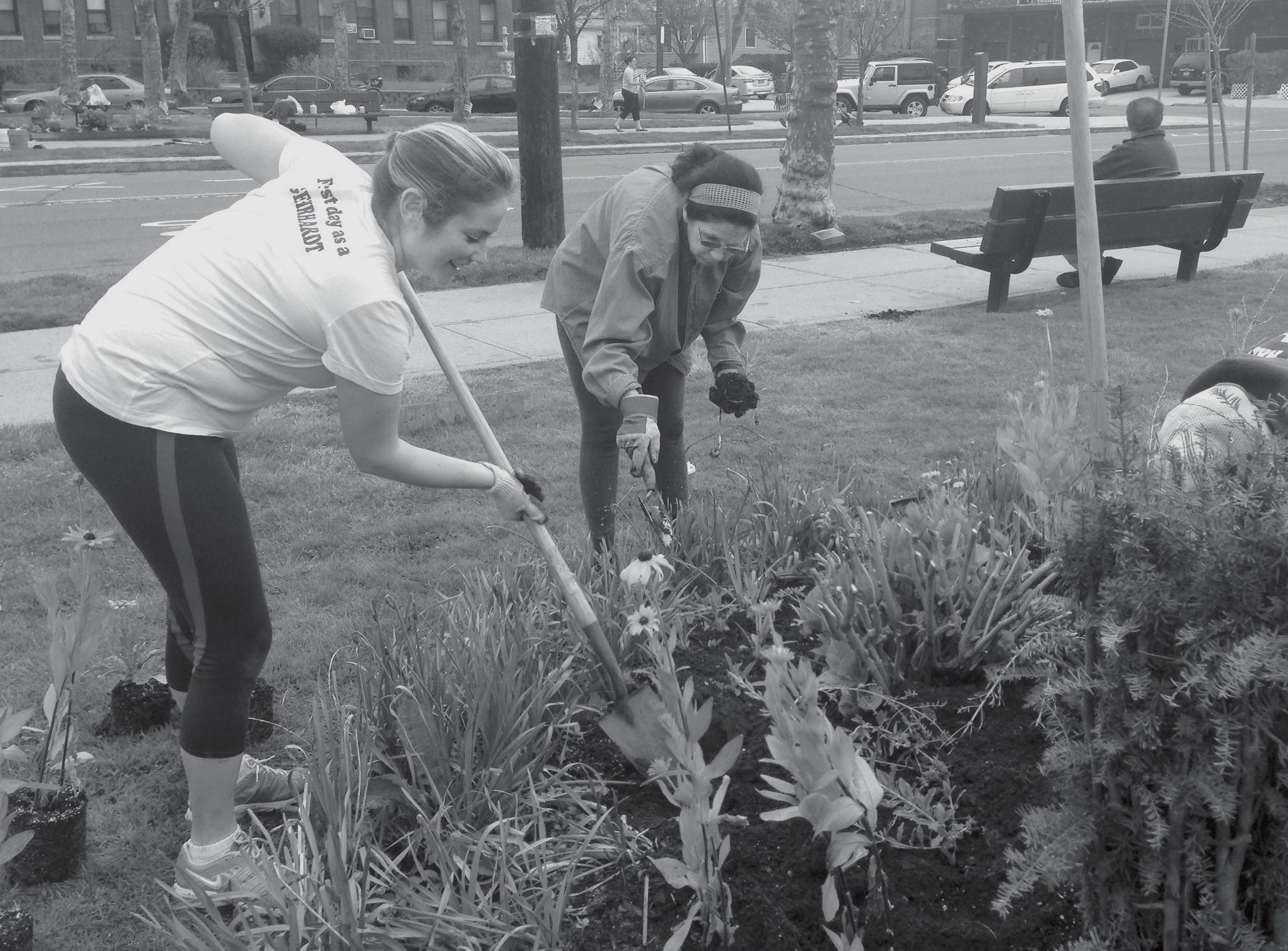 A group of friends and neighbors who’ve been maintaining Memorial Circle on Rockaway Beach Boulevard and Beach 121st Street for decades gathered last Saturday for their annual planting and spruce-up event.

Despite the cold and mist, nearly a dozen volunteers from the Friends of Memorial Circle gathered to plant red, white and blue flowers — a “summer kickoff” tradition they began 20 years ago, after the group saw the park was in disarray.

This year’s planting was led by site captains Maureen and Jerry Walsh. Support came from the Parks Department, who supplied the tools, compost and plants. The group would like to send special thanks to Jill Weber, Jack Rohan, Adriana Jacykewycz and Queens Commissioner Dorothy Lewandowski for their encouragement.

Memorial Circle, or Veteran’s Circle, became a public park in 1911, according to the Parks Department.

It was later dedicated as a place to honor 33 local soldiers who died during World War II.

Jerry Walsh said the planting not only beautifies the park, which he called a “universal backyard” for many in Rockaway Park, but also honors the fallen.

“By maintaining the beauty of the cir cle with cut grass and lovely flowers, the men will always be remembered,” he said.

In March, a group of students from Harvard spent part of their spring break helping to repair some damage to the park caused by Sandy. They resodded, planted grass and picked weeds.

Maintaining the small park took on new meaning after the storm, says Walsh, who felt the beautification served as a statement about how he and others felt about his neighborhood.

“It is communicating to our neighbors how special a public space can be,” he said. 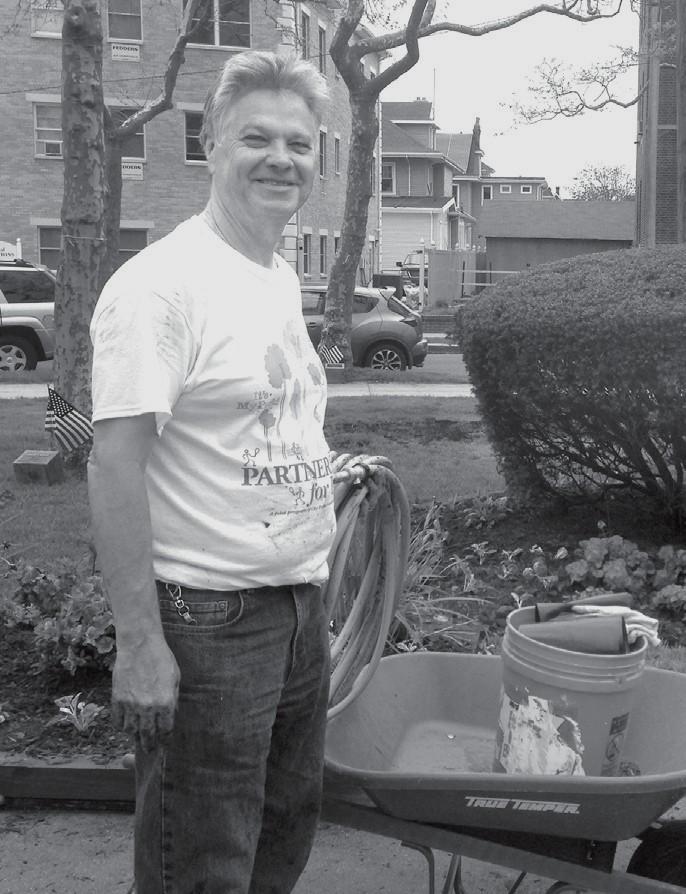