From Arverne To The West Coast, One Determined Filmmaker Makes a Difference 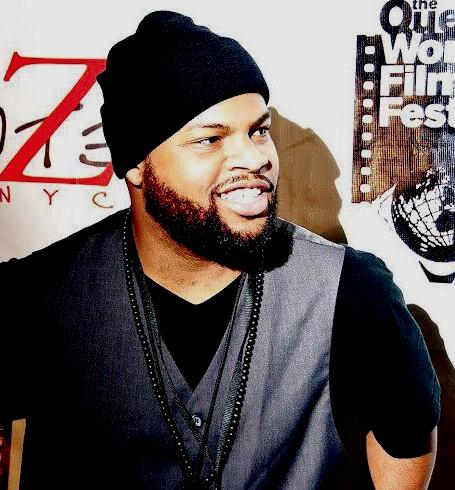 Although he hangs his hat in California’s Bay Area, filmmaker and Arverne native Montaigne Massac couldn’t be more excited for his full-length documentary, “Project Bayganda” to be featured in the 2017 Queens World Film Festival’s category titled, “And We Rise.”

Before moving to the West Coast, Montaigne worked in NYC’s youth development circuit at juvenile prisons, including those on Riker’s Island.

“Sometimes I encountered youth from my old neighborhood, and other communities just like it,” Montaigne recalled. “I shared my story and even did a workshop with them based on my first movie about gangster rap, ‘Monkeygang the Mockumentary’ [a comedy that parodies the negative aspects of hip hop culture]. It was raunchy and over the top, but it won the audience award at Queens World Film Festival in 2012 and was a useful way to drive home the points I was trying to make.”

Today a husband, father to a new baby and self-distributing owner of his own film company, Montaigne recalls tougher times in his early years on Beach 54th Street in Arverne.

“Needless to say, it was pretty rough through the late ‘80s and ‘90s, but when I went on to network outside of Rockaway, I was able to be bold because I wasn’t scared of much. Growing up there gave me the strength to pursue my passions.”

Montaigne savors memories of making his first dollar with fond nostalgia. “It made me resilient,” he admits. “As a child there was nothing much to do but we’d go across the street from the projects to the community center for Boy Scouts. Our counselor was the son of a community leader. We also got organized to grab anything from the house that we didn’t need any more and sell it at the flea market in the J.H.S.198 school yard, right in the Arverne projects. We knew because we were young that no one would charge us a vending fee and we were able to earn enough money to buy Chinese food and rent videos. Life definitely pushed us to grow up fast and that didn’t come without trauma, but if you can use it to plan your success, you get far.”

Montaigne’s innate people skills smoothed his transition to the Bay Area, where he started a program teaching film techniques to middle and high school aged youth. It was through his philanthropic line of work that the New York native met a fashion designer in Oakland whose story he wanted to tell.

“My slogan is community over industry,” he explains. “In my early 20s I knew how to get into industry parties and rub elbows with the right people, but now my focus is creating my own industry out of my community, being productive and sharing ownership with them. It’s long overdue for people to create a system that supports independent business and the arts. Time and time again, when we give up our creativity to [mainstream] industry, we don’t monetize that potential. I plan to open the door to my peers to work with me. When designer Erica Varize agreed to do this project, she had no idea that her story would be picked up as a full length documentary by film festivals.”

Building and sharing narratives comes naturally to Montaigne, who insists that Far Rockaway is a font of great storytellers. “I grew up around nothing but great storytellers in Arverne and Far Rockaway,” he smiles. “We all tell great stories. When we were kids at school not everyone caught the same show you saw on TV, so you had to tell your friends exactly how it went – like what Dragonfly Jones [on the Martin Lawrence Show] had done. We took it seriously and it definitely shaped my sense of humor. That’s something we all had in common. Plus, my generation didn’t have social media or cell phones yet so we couldn’t just show each other videos; we had to act out what we’d seen. I had friends all over New York City and we’d all have to plan to meet up somewhere in Manhattan so if someone was late and we decided to leave, we would just turn the nearest payphone receiver upside down and hopefully they’d see it and catch the message.”

Moving forward, Montaigne is excited to marry old school outer borough values to all he’s learned as a transplant in an inspiring new realm where he can continue to make art, and more importantly, a difference.

“I’ve been able to keep my roots strong and grow new ones, too,” he shares triumphantly. “I gained strength from my elders. I hope to pass down ingenuity, and passion for community. If my son wants to do that someday, I hope he puts positive things out there that need to be said.” 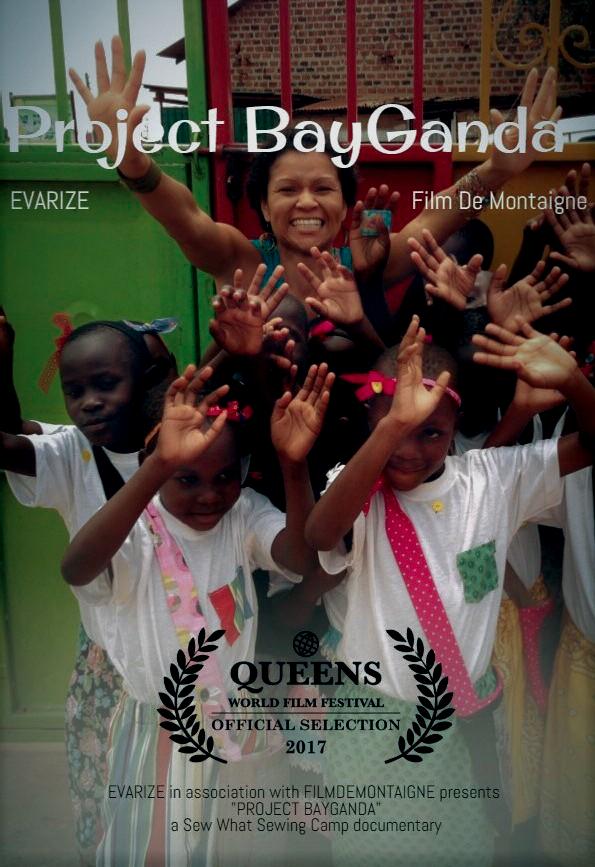 Montaigne Massac couldn’t be more excited for his full-length documentary, “Project Bayganda” to be featured in the 2017 Queens World Film Festival. 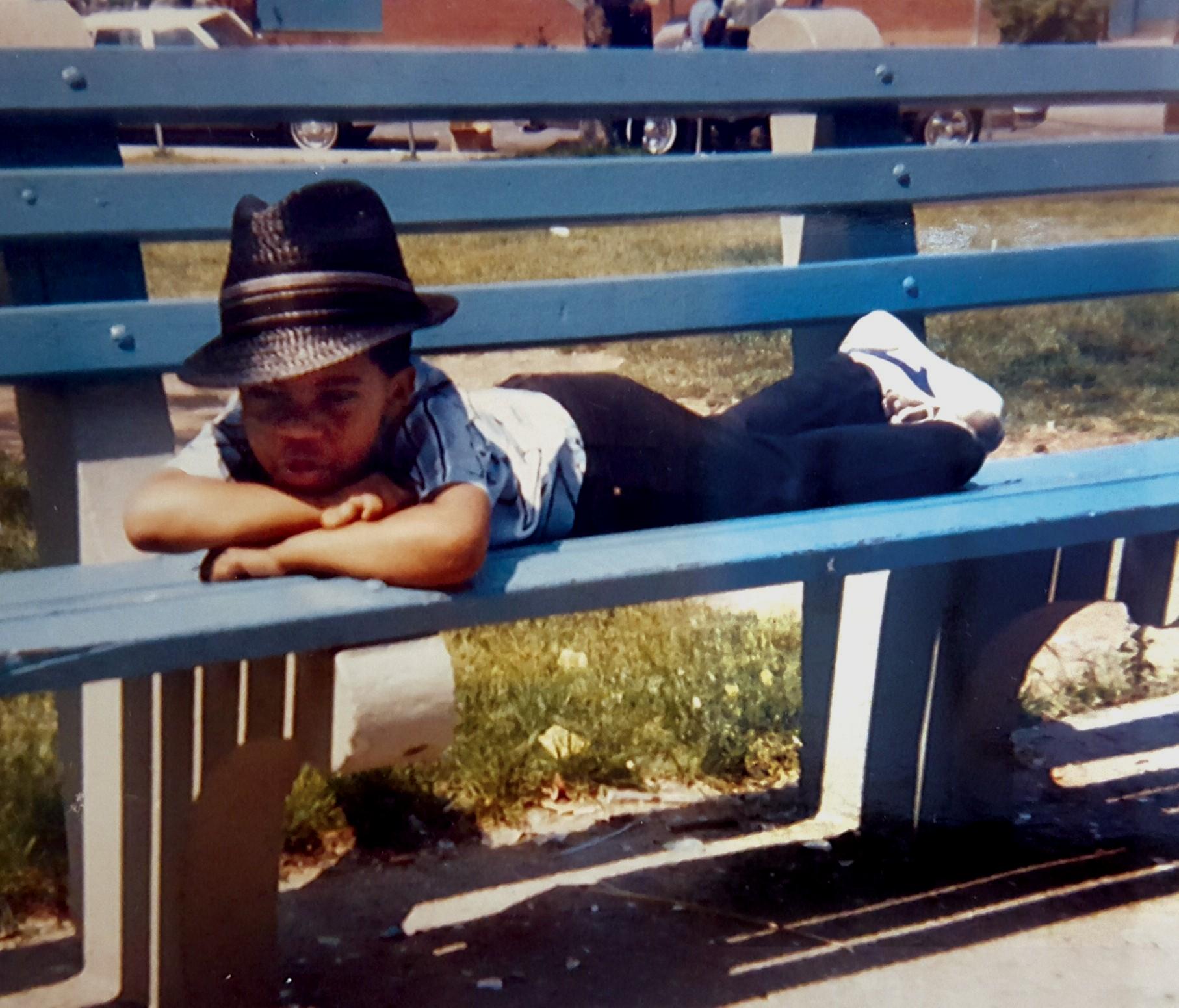 Portrait of the artist as young man on Beach 54th Street in the late 80’s Arverne.