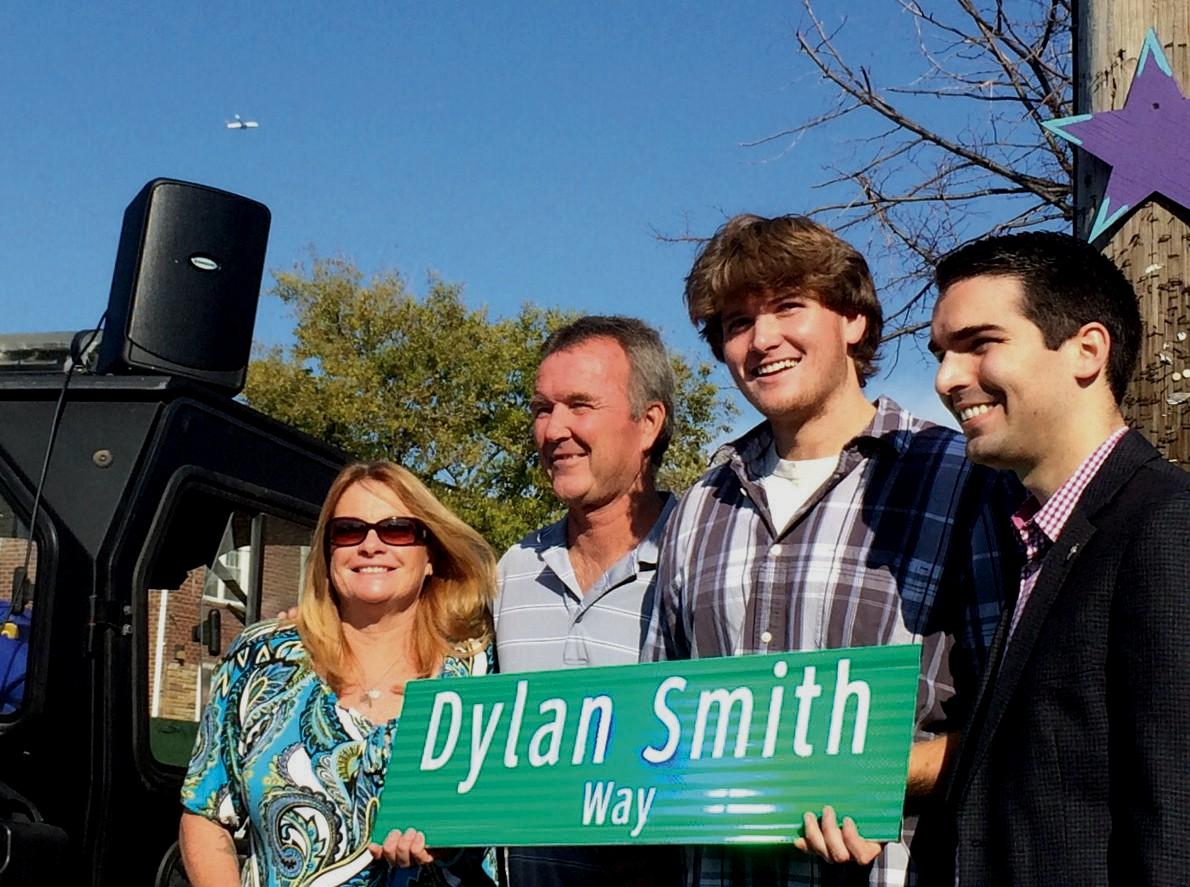 They greeted each other with hugs and handshakes and drank beer from shamrock green koozies. They listened and laughed around his family’s home on the same street where he saved at least a dozen people’s lives. Then at once they all looked upward at the unveiling of a new street sign in his name.

“Streets are supposed to be named after people who do truly heroic things and who live heroic lives,” said Councilman Eric Ulrich. “The folks who live here in Rockaway know better than anybody that there is no one else that this street should be named for other than Dylan Smith.”

On the night of Hurricane Sandy, 23-year-old Dylan Smith used his surfboard to transport residents of Beach 130th Street to safety as their homes burned. Two months later, he died surfing in Rincon, Puerto Rico.

Several speakers addressed the crowd, including Ulrich; Smith’s cousin Kyle; John Sica, who made a documentary about Smith called “Seven Miles to Shore”; Andrew Healy, a member of the Board of Directors of the United States Lifesaving Association; and Smith’s parents Mary and Timmy Smith, and brother Jake Smith.

“He left us way too soon doing what made him happy. Surfing with him in Rincon many times before, there was nothing like seeing the smile on his face after a day of great waves,” Smith’s cousin told the crowd. “Dylan will be with us always, I can feel his presence each and every day.”

Healy called Smith a “true waterman,” a lifeguard who had “earned his salt” in service. He presented a posthumous medal of valor and a certificate in Smith’s honor to Jake Smith.

Jake Smith briefly thanked the crowd before performing the honors of revealing the new street sign. When the white covering was removed, the crowd cheered and whistled and shouted “Atta boy, Dyl!”

Ulrich presented the family with their own commemorative sign, which Timmy Smith would hold proudly under one arm long after the ceremony was over.

The family had the choice between “Dylan Smith Street” and “Dylan Smith Way.” Mary Smith joked that it needed to be Dylan Smith Way, because Dylan was stubborn like his father, and he had to have his way. The koozies Mary and Timmy had made for the occasion and passed out to friends even read “Dylan Smith’s Way.”

After a bagpipe rendition of “Amazing Grace” filled the air, the crowd cheered one final time. Some broke off to head home, others stayed and talked and hugged members of the Smith family.

Mary Smith said afterward she couldn’t believe how many people came out.

“This community is amazing,” she said. “[Dylan] would have been blown away.”

She added that he was probably looking down and laughing at all of them.

“He stayed away from the limelight, he didn’t like attention,” she said.

As she spoke she smiled and glanced upward, this time not to the street sign, but to the sky. 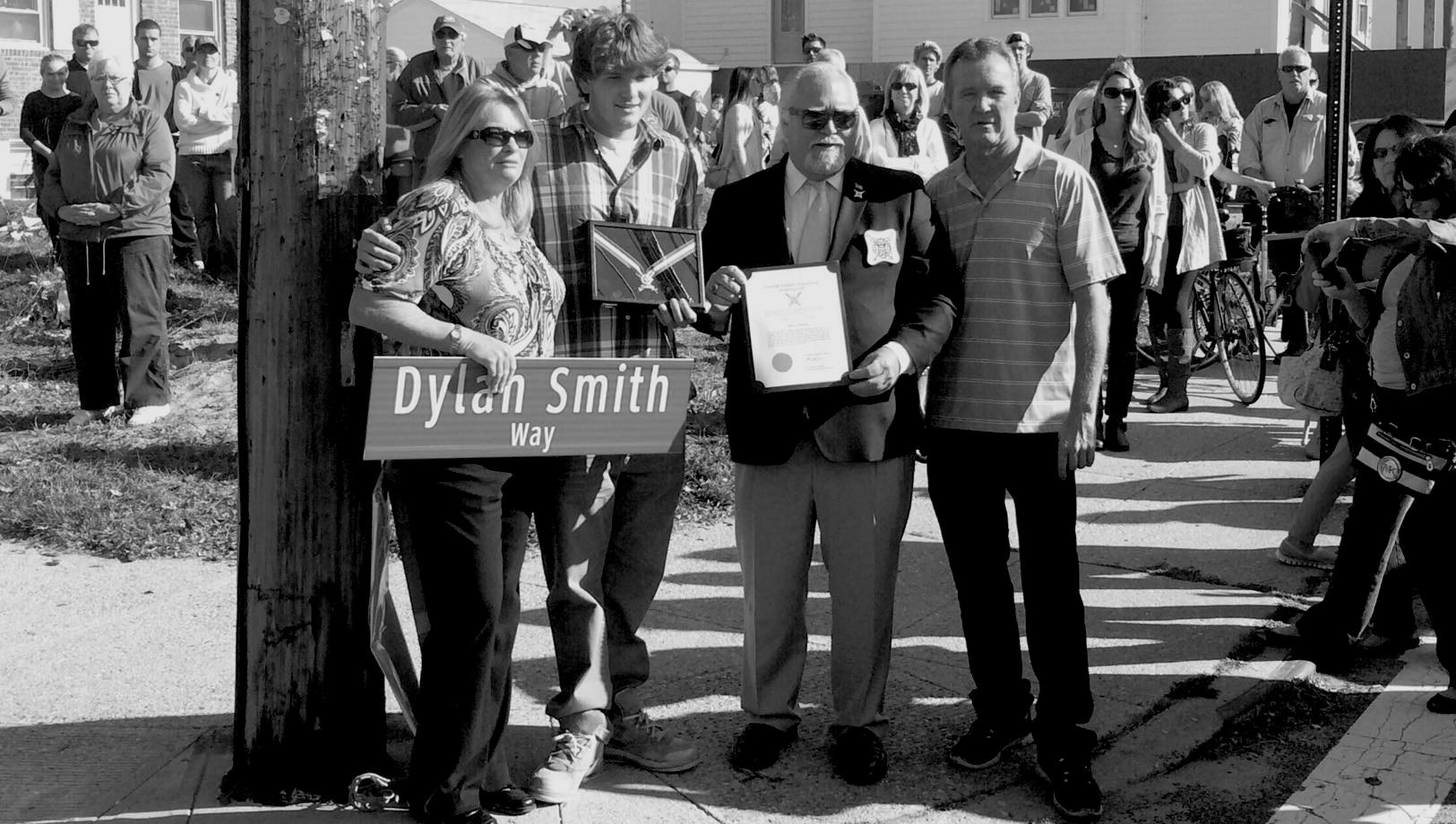 Mary Smith, Jake Smith and Timmy Smith stand with Andrew Healy, a member of the Board of Directors of the United States Lifesaving Association, as he presents the family with a posthumous medal of valor and a certificate in Dylan Smith’s honor.

FDNY firefighters place their hands over their hearts during the national anthem at a street renaming ceremony in honor of Dylan Smith. Smith’s father, Timmy, is a firefighter, and Smith had hoped to be one himself.