Dawn Of A New Dock 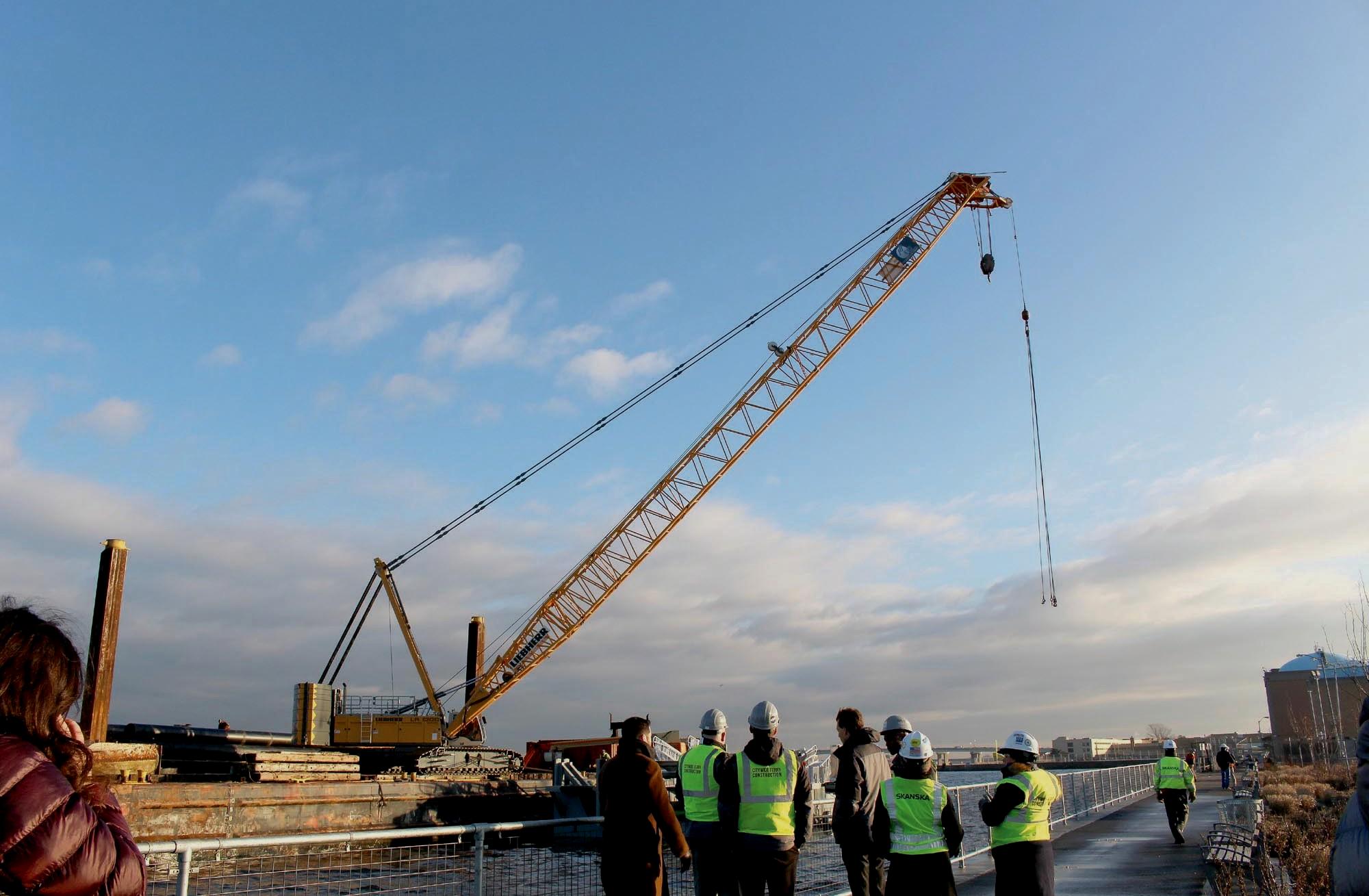 On a cold Jan. 25, work officially began at Beach 108th Street and Beach Channel Drive, marking the first signs of the return of ferry service to Rockaway.

New York City Economic Development Corporation (NYCEDC) officials, along with local electeds and overjoyed community members, braved the cold on Wednesday morning, Jan. 25, for a first glimpse of the dock.

“We’re really excited today,” said NYCEDC’s Incoming President and CEO James Patchett. “[This] is the first visible sign of progress for the Citywide Ferry Service, which is launching this summer, and it’s a really exciting opportunity for the city entirely, and, of course specifically for the Rockaways – which will have access directly to lower Manhattan and Sunset Park.”

According to NYCEDC, once the ferry service launches this summer, an estimated 4.6 million passenger trips per year will be carried out across six routes, costing commuters the same $2.75 they pay for a subway swipe.

The Rockaway landing will be the Citywide Ferry Service’s first to be completed, taking construction personnel approximately two weeks to “drive the piles,” according to Patchett, followed “a couple of months” later by electrical connection.

The last time Rockaway saw ferry service was on October 31, 2014. The city began dispatching ferries from an adaptable dock on Beach 108th Street in 2012, following Superstorm Sandy and its wipe out of A train tracks through Jamaica Bay. Residents knew the water route was temporary, however, were not any less distraught when it was taken away.

“We’re counting down the days until the ferry comes,” said local resident and ferry activist Laura Deckelman. “The fact that the construction has started is a step forward in the process and we’re very happy that the ferry is coming back. We fought very hard to keep it, we were heartbroken when we lost it and this is tangible proof that it is on its way.”

“This is a very exciting day,” added Community Board 14’s Transportation Committee Co-Chair Danny Ruscillo. “Pile driving has started and everybody is looking forward to the ferry service. We can’t wait.”

Once ferry service is up and running, passengers will be able to get to Brooklyn Army Terminal in approximately 43 minutes from the Rockaway landing at Beach 108th Street. From there, the route continues on to Wall Street with a total travel time of 59 minutes. 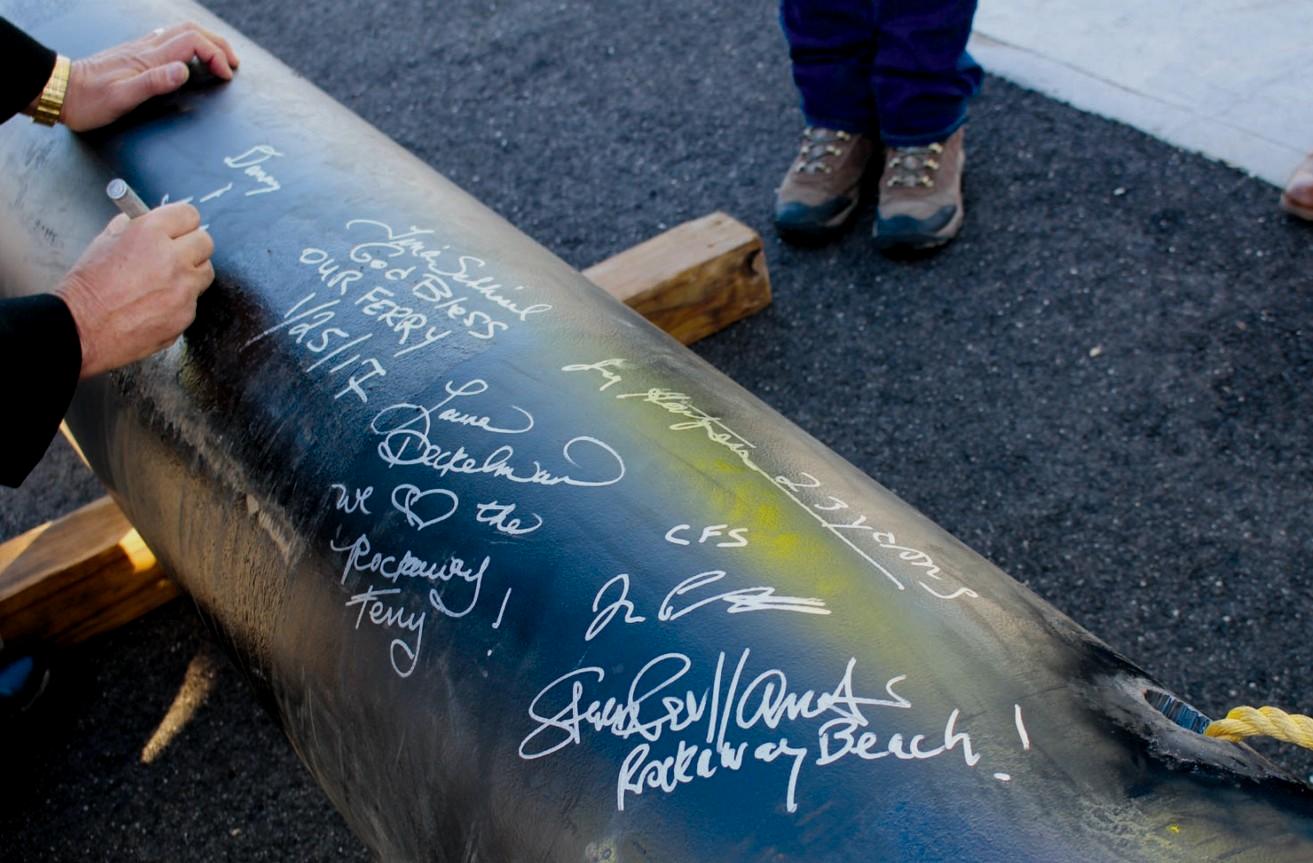 Danny Ruscillo signing off on the first official day of dock work. 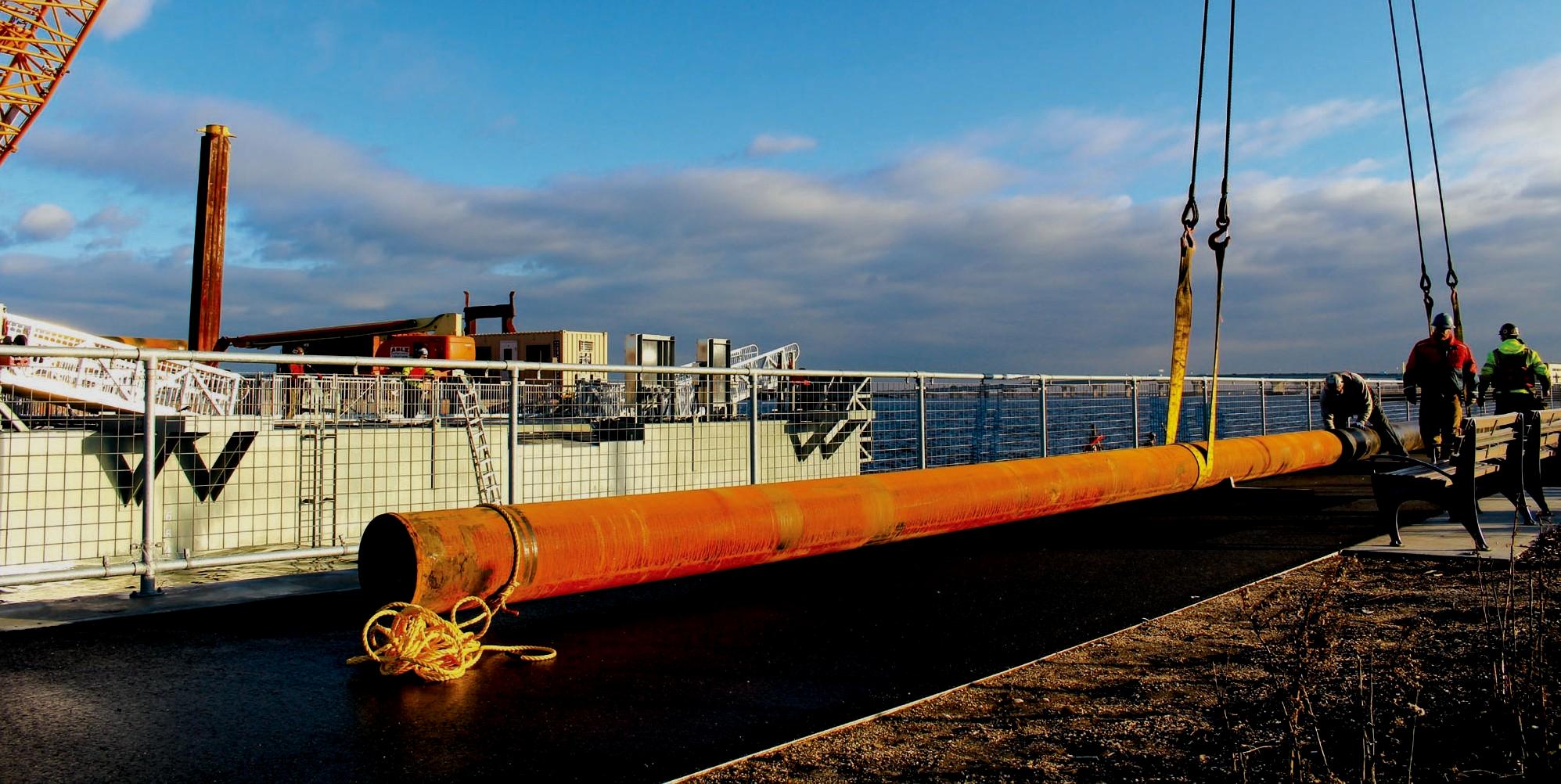