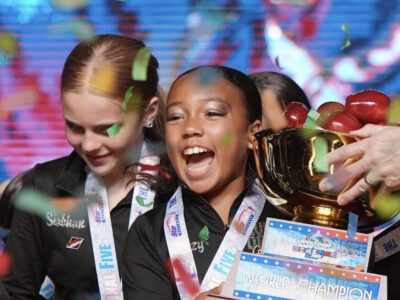 For the second year, the team at Beach 116th Street’s JUMP Dance Studio have bested hundreds of other teams and thousands of other dancers to secure the title of World Dance Champions, bringing home the top prize in two different sections of the international World Dance Championship competition. More than fifty members of the JUMP team made their way to […] 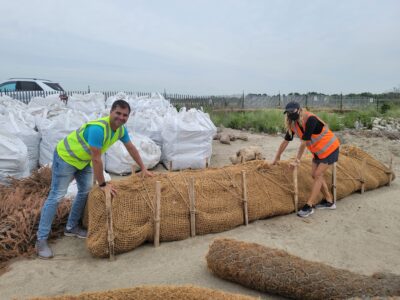 It’s been nearly a decade since the storm waters of Superstorm Sandy ravaged the Jamaica Bay Wildlife Refuge, punching its way into the West Pond and pulling enormous volumes of sand from the already eroded beaches along the park’s shore. In order to reverse the erosion and help ensure that the next storm won’t be nearly as damaging as the […] 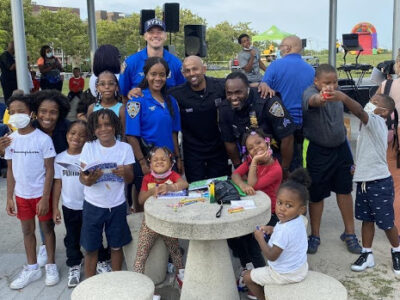 Spending The Summer Mentoring The Kids

Police officers from the 101st Precinct mentored dozens of neighborhood kids at Bayswater Park this summer, thanks to a six-week program sponsored by the Far Rockaway Watchdogs. “We wanted to develop an ongoing sports and mentoring initiative to help our kids build positive healthy relationships with our law enforcement officers,” said Director Jennifer Blair, who partnered and planned the event […] 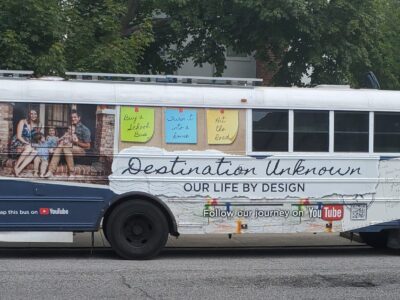 A Life By Design

A four thousand dollar school bus, seven months of construction, three small children, and no plan other than the journey.  44-year old Rockaway native Eric Hildebrand and his wife, Ingrid Poole, had long considered living abroad and working remotely even before the pandemic. “I was getting burned out, I wanted to do something different and thought we could probably work […] 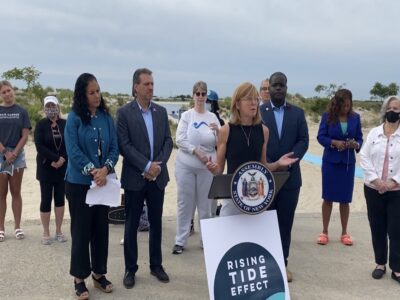 On a cool cloudy August 2 morning with young children playing along the sand at Beach 17th Street in Far Rockaway, Assemblywoman Stacey Pheffer Amato brought a contingent of local elected officials and swim safety advocates to “stand up for swimming in our community”.  The Assemblywoman’s stance of advocacy comes in the form of the Water Safety Commission bill (A.7734/S.7129), […] 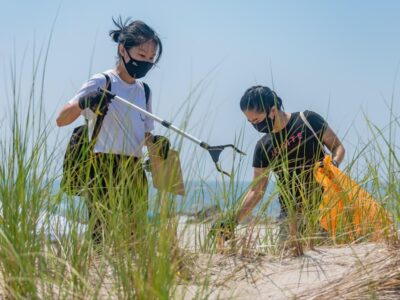 On Saturday, July 17, the Rockaway Initiative for Sustainability and Equity (RISE) hosted a beach cleanup from 11 am to 1 pm. The area we focused our efforts on was from beach 58th to beach 63rd. Now that summer is here, RISE thought it would be a great opportunity to get our beaches ready for the season. It is important […] 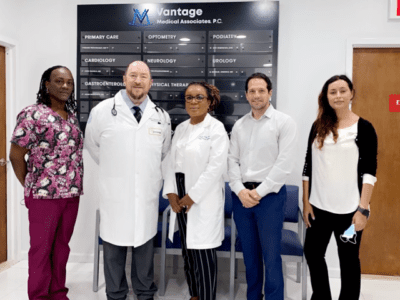 Far Rockaway has a new multi-service medical facility, Vantage Medical Associates, P.C., that provides medical care services from primary care/internal medicine to a variety of specialty care services from neurology to podiatry – enabling their medical team to address their patients’ needs from head to toe. Located in the same building as Tri-Med at 16-12 Central Ave, Vantage is a […] 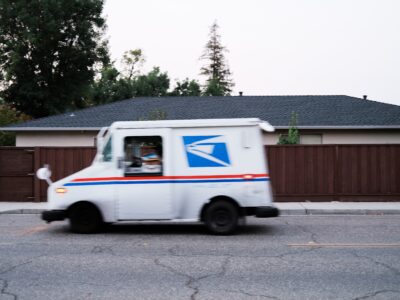 It seems like we are running this story every few months, but this time things feel like they’re worse than ever. Over the last two weeks, The Wave has been inundated with phone calls – most of them from Dayton Towers residents – about missing or extremely late copies of their papers. It seems that once again, the local post […] 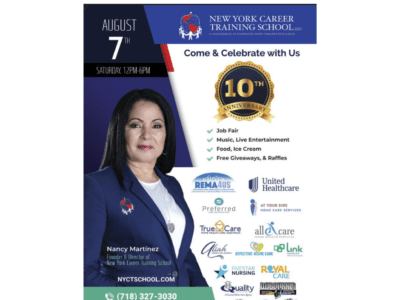 A Decade Of Service

This Saturday, Aug 7., Beach 20th Street’s New York Career Training School will be celebrating their tenth anniversary with a job fair, music, and more, commemorating a decade of service to the Far Rockaway Community. After spending years in the healthcare field, NY Career Training School Founder Nancy Martinez says that she was driven to have a larger impact in […] 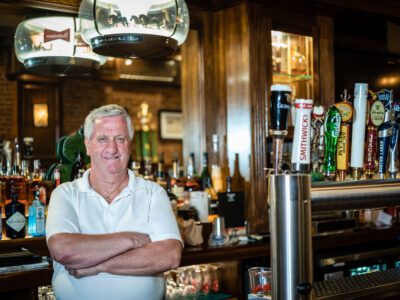 The vote for Rockaway’s favorite bartender is heating up!

This month is the final month to vote for your favorite bartender on the peninsula, so don’t forget to show your support for the man or woman you think is worthy of the title – and the plaque that goes along with it. Voting will close Labor Day weekend, so don’t miss it! Last year’s champion Brendan Jones is looking […]