An unanticipated appearance by Mayor Bill de Blasio to announce Rockaway as the first of four pilot areas in New York City to roll out dockless bike share has garnered mixed reviews with some locals asking why neighborhood shops were left out in the cold. During a Friday, July 13 public conference, Hizzoner was joined by NYC Department of Transportation […] 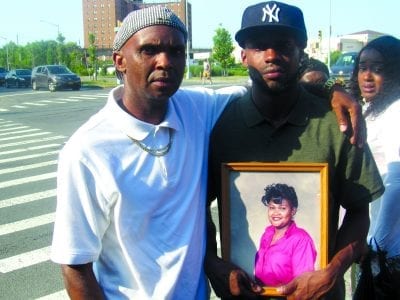 The Department of Transportation (DOT) was put on notice to accelerate much-needed traffic relief for residents crossing an area commonly referred to as “NASCAR Freeway” during a Friday, July 13 rally at the intersection of Rockaway Beach Boulevard (RBB) and Beach 73rd Street. “What’s it going to take to take for us to have a speed camera here? Another death?” […] 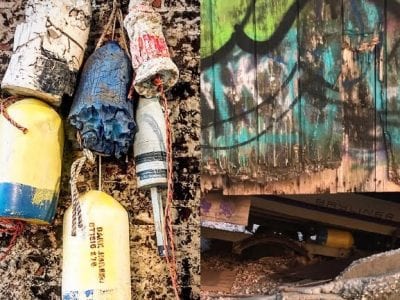 I collect all kinds of things. So many, in fact, that recently I’ve been spending a lot of time pondering WHY I collect particular things. I think what I enjoy most about collecting is the hunt, and my favorite thing to hunt for is buoys. I started a few years ago, and I can’t remember exactly how or why, but […] 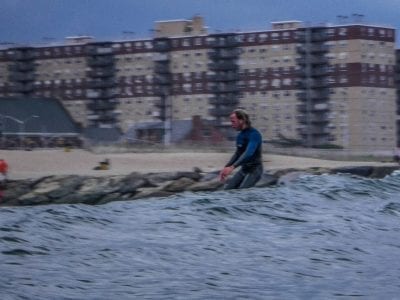 Down By The Jetty

First, as easy as it is to get hung up on the romantic ideas we get into our heads about surfing—communing with Mother Nature under the Church of the Open Sky—let’s set one thing straight. Surfing is an incredibly selfish activity. The act of riding a wave, no matter the craft you choose, is about you, and only you, having […] 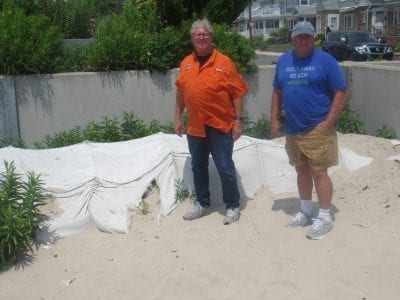 A homeowner’s concern regarding the degradation of protective sand bags along the Atlantic coastlines of Belle Harbor, Neponsit and other parts of the Rockaway peninsula has led him to question why the Parks Department hasn’t been more vigilant in maintaining the integrity of the self-erecting, four-foot barriers. During a Tuesday, July 17 visit by The Wave to the oceanfront at […] 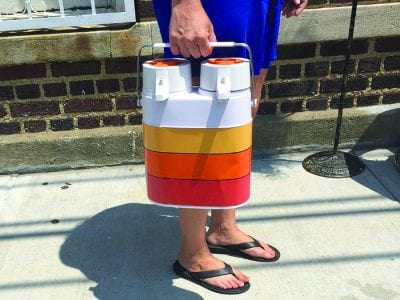 On any beach day here in Rockaway we can enjoy Peruvian specialties at La Ceviche, exotic Hawaiian poke bowls from Edible Island. Also at Lowtide (Beach 97th Street concessions), we can indulge in the deliciously rich pulled pork sandwiches from Breezy’s BBQ. If you want something lighter, have a fresh fruit smoothie from La Fruteria, among other tasty beach delights. […] 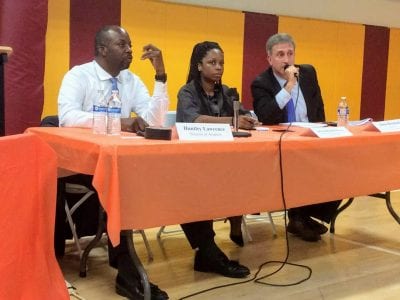 The Port Authority of NY and NJ (PANYNJ) promised Rockaway residents more jobs, training opportunities and a superior airport at the JFK Redevelopment Program meeting on July 17. PANYNJ representatives presented their multimillion dollar plan to interconnect JFK terminals and overhaul its roadway access at the gathering, hosted by the Challenge Prep Charter School on Central Avenue. Attendees heard that […]