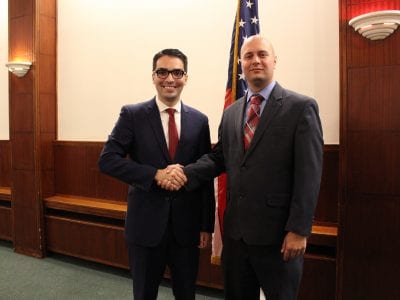 Clash Of The Candidates

Candidates vying for the City Council’s 32nd District seat weighed in on a myriad of pressing issues, including resiliency, homelessness, education, and hospitals, at a Wednesday, Nov. 1 debate sponsored by The Wave and the Rockaway Youth Task Force at the Knights of Columbus on Beach 90th Street. Incumbent Eric Ulrich, who is seeking to be re-elected to his third […] 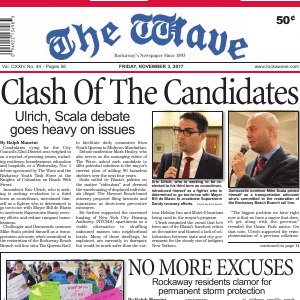 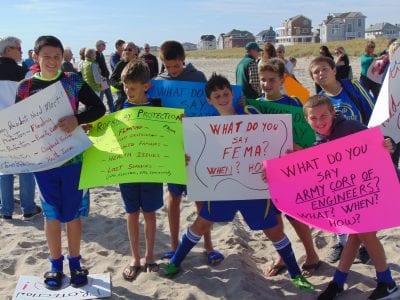 Hundreds of fed-up community members from Broad Channel to Breezy Point came out to demand the sand and other resiliency measures in the wake of Superstorm Sandy’s 5th anniversary. Men, women and children of all ages attended the Saturday, Oct. 28 event on the sand at Beach 129th Street, holding signage calling for immediate action on the part of local […] 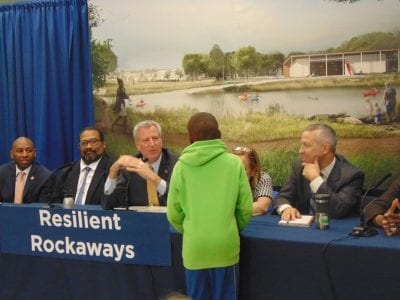 In a rare Rockaway appearance, Mayor Bill de Blasio joined agency representatives and local elected officials to report the funding of seven new resiliency initiatives at an Oct. 29 press conference at the Beach 73rd Street YMCA. The projects will cost approximately $145 million and will be financed by a combination of surplus FEMA funds left over from the Rockaway […] 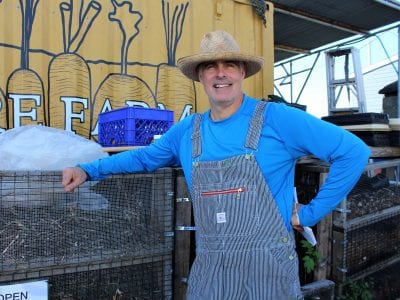 The Harvest Festival was in full bloom at Edgemere Farm on Saturday, Oct. 28 where the fall spirit was alive and well. Attendees were treated to great weather as they entered the farm for a day of fun alongside their families. The festival’s schedule included a number of activities like a public screen printing class taught by the Rockaway Artists […] 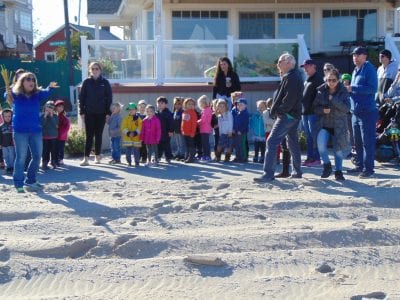 Warnings of “Don’t step in the grass” and “Don’t charge the dunes” could be heard along the bayside of Breezy Point as students from three local schools lent their services on Friday, Oct. 27 in planting beach grass to protect the sand area from future storms. Theresa Flanagan of the Breezy Point Cooperative led the charge in gathering groups of […] 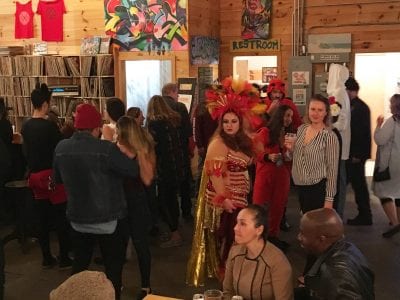 Claire Van Winkle wants to infuse Rockaway nightlife with the sort of old world mystique that springs to mind at the mention of cabaret tents. She took the opportunity to do just that on Saturday, Oct. 28 at the Rockaway Brewing Company in Arverne. As costumed patrons flooded the 6,000 square foot Arverne spot, which has served the community in […]

Dear Editor: A very special thank you to the men and women of the 100th Precinct for an absolutely outstanding job with their Haunted House 2017! The time, effort and dedication that went into the event was apparent and appreciated. I’ve walked through my share of haunted houses, but this NYPD presentation was by far the most spectacular. A big […] 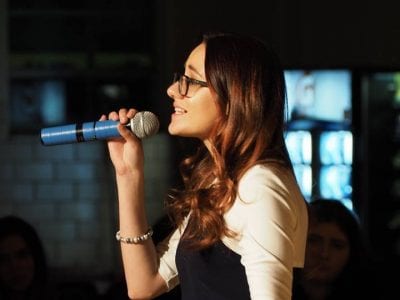 Memo From The RTC

On Sunday I was at rehearsal for the Rockaway Theatre Company’s upcoming extravaganza from noon to 4 to practice the staging for each of the almost 20 songs and dances and when I left they were just getting started on the vocals for another couple of hours. And that came after special rehearsals for some of us on Saturday from […]

Solution to the Statue Controversy

Dear Editor: Generally, there are solutions to difficult problems especially those that strike at the sensitivities of our population. Specifically, the purpose of this letter is to resolve the statue removal controversy. My solution to this issue is to have school children write essays on why a particular statue is offensive to some while being a source of pride for […]