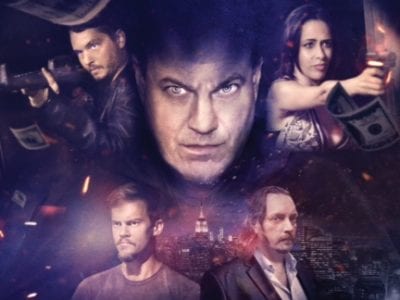 On Friday, June 30, writer/ director Sean Buttimer and actress Aesha Waks held a private screening of new independent feature Smoke Screen at Anthology Film Archives in the East Village.  This is the first feature helmed by Georgia-native-turned-Rockaway-resident Sean Buttimer, and one in a long line for Rockaway native and tabloid royalty Aesha Waks. The film centers on the failed […] 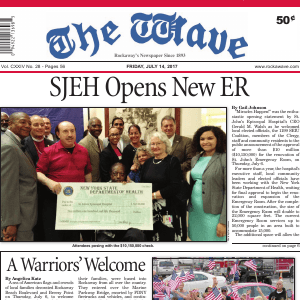 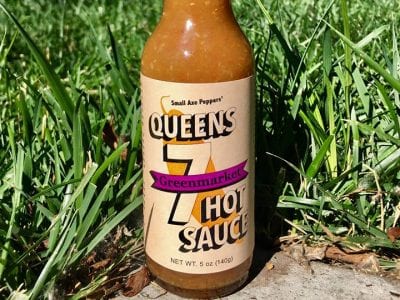 RYTF Gets Spicy With It

The Rockaway Youth Task Force (RYTF) will become the Rockaway Youth Taste Force in the fall. A Queens branded hot sauce, Queens 7 ‘Greenmarket’ Hot Sauce – produced by a company called Small Axe Peppers with jalapeno peppers grown at the RYTF Community Garden and Urban Farm, one of the city’s largest youth-run community gardens – will soon be on […] 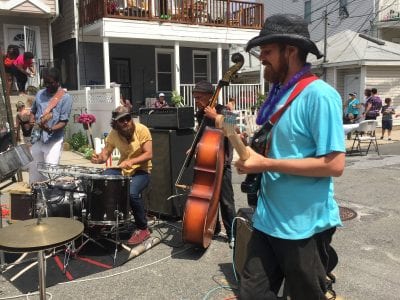 When I was around 8 years old, I remember being at my Aunt Katherine’s annual block party on Herbert Street in Greenpoint. I was running for dear life down the middle of the block screaming because my cousin Tommy was chasing me. He had a bucket of ice in tow. Tommy was five years older than me, so naturally, he […] 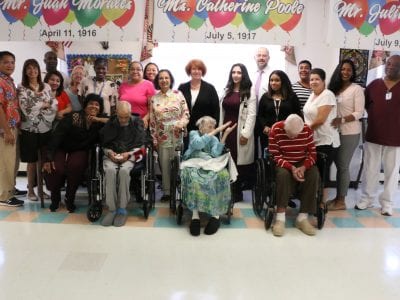 A Centennial Celebration To Remember

A centennial celebration with three times the charm. Juan Morales, 101, Catherine Poole, 100, and Julian Castillo, 100, celebrated their birthdays together with their families and friends at the Promenade Rehabilitation Center in Rockaway Park on Monday, July 10. The centennial celebration included music, dancing and three birthday cakes. Staff members and residents were excited to celebrate the trio’s long […]

Eileen M. Danaher died on July 10. She was a lifelong resident of Breezy Point. Danaher worked as a para-professional and was involved with the Breezy Point Youth Committee and the CCD program at St. Thomas More Church. Danaher is preceded in death by her brother, Jim Brennan; sister, Sr. Anne Brennan and brother-in-law, Tom Hennessy. 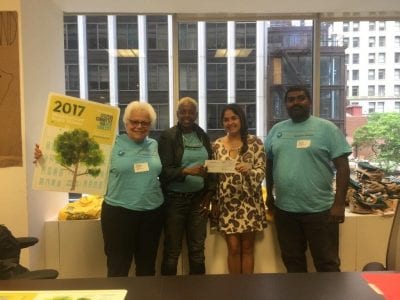 A Grant For Resilient Beauty

The Rockaway Bay Coastal Association for a Resilient Waterfront on met Monday, July 10 at the First Congregational Church in Rockaway Beach to announce some good news to their members. The association received a $2,500 grant from the Citizens Committee for New York City to improve the quality of life in their Bayfront neighborhood. “We were considered an underserved community […] 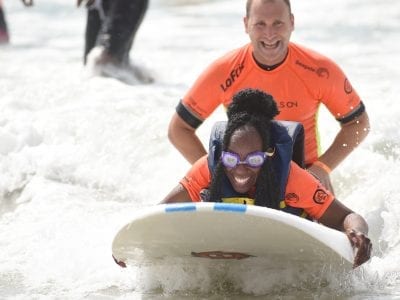 Life Rolls On In Rockaway

Smiles as bright as the sun could be seen on Beach 69th Street on Saturday, July 8, as hundreds of people spent a day surfing the waves of the Atlantic. This was no ordinary afternoon on the water, however. The happiness radiating off the day’s surfers was awe-inspiring for one big reason: most of them are living with paralysis or […] 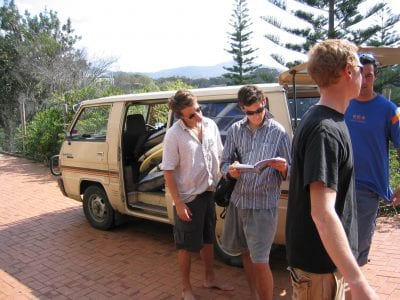 “My Australian surf buddies have nicknamed me ‘Big Wave’ because I tend to charge waves that are way too big for me, wayyyyy too late…” I wrote in an email home from Australia in 2003. I discovered this in a stack of printed emails, stuffed in a trunk, in a closet, in the basement of my childhood home, which I […] 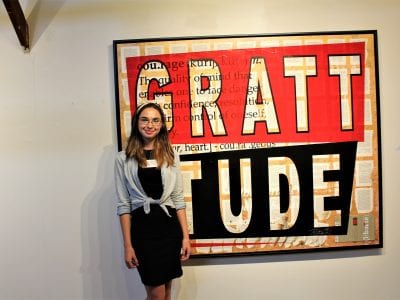 There’s much history surrounding Fort Tilden, a former military base filled with many abandoned buildings and secrets waiting to unfold. Throughout the years, art has been a getaway for people to explore and unwind in the empty spaces since the base closed in 1974. On Saturday, July 8 ARTI.NYC decided to bring a new kind of exhibit to the base […]